Ho Chi Minh City Development Joint Stock Commercial Bank (HDBank) was established in 1990 as one of the first commercial banks in Vietnam. After over 30 years in existence, the Bank currently ranks as one of the leading joint stock commercial banks in Vietnam focusing on retail, SME and consumer segments. Under the leadership of Madame Nguyen Thi Phuong Thao – the first Vietnamese businesswoman to have received the French Legion of Honour, HDBank is well-known for its solid financial fundamentals, prudent risk management practices, ample growth potentials and a responsible corporate citizen.

HDBank’s goal is to become one of the largest banks in Vietnam and the market leader in value chain finance. HDBank is rapidly expanding its local and foreign-based networks by extending coverage to strategic business partners, reputable large corporates, FDI enterprises as well as small and medium enterprises.

Lately HDBank and DEG (Deutsche Investitions- und Entwicklungsgesellschaft mbH) – a development financial institution under German state-owned development bank – KFW have discussed to implement the strategic partnership. DEG and HDB will strategically join hands to develop banking solutions and services for German-based businesses in Vietnam as well as Vietnamese exporters to Germany and Europe. The Bank and DEG have established a German Desk, the 7th one in the world to serve German-based investments and entrepreneurs in particular as well as their European counterpart s in general. In addition to DEG’s financial support and solution packages, HDBank’s German Desk advises and assists German and other European-based companies on matters related to all kinds of banking needs. 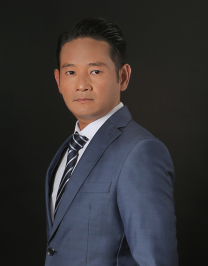